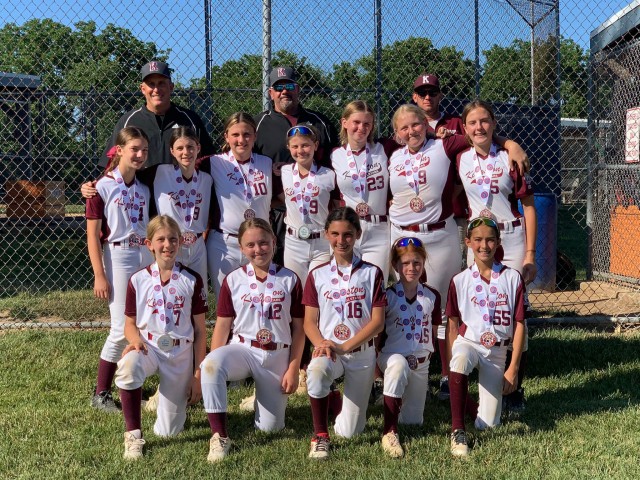 On Monday June, 20th 2022 the Kingston Girls 12U All Stars Defeated Highland 12U All Stars 15-0 and claimed the 2022 Babe Ruth Softball Eastern New York Championship. The championship earned these girls the opportunity to play in the Babe Ruth Softball Mid Atlantic Regionals Tournament.  The Mid Atlantic Regional tournament consists of teams from New York, New Jersey, Pennsylvania, Delaware and Maryland.  These teams won or were runner-up’s in their State championships.  This year’s Tournament was held in Spring-Ford Pennsylvania over a 3 day period and consisted of 12 teams divided into 3 pool brackets.  The Kingston girl’s tournament began on Friday July 1st. Kingston dominated their Pool C Bracket by defeating Unionville 9-0 in game 1. Then later that day Game 2 was no different as they won 15-0 over Buena Babe 12U.

On Saturday July 2nd, the Kingston girls played the Host team, Spring-Ford 12U and won 10-0.  The Kingston 12U All Stars narrowly earned the #1 overall seed over Hilltop 12U by allowing zero runs against, to Hilltops 1 run against.

The Championship game came down to (1) Hill Top 12U vs. Overall (1) Kingston 12U.  The 2 Highest scoring teams squared off in a great game, unfortunately the Kingston girls run ended and they lost 4-2 to Hill Top.  These girls played extremely well all weekend and more then held their own against the regions better teams.

We all should be proud on how these girls represented Kingston this past weekend!!!

Photos from the tournament can be found in the 2022 Softball 12U Mid Atlantic Regionals Photo Album.