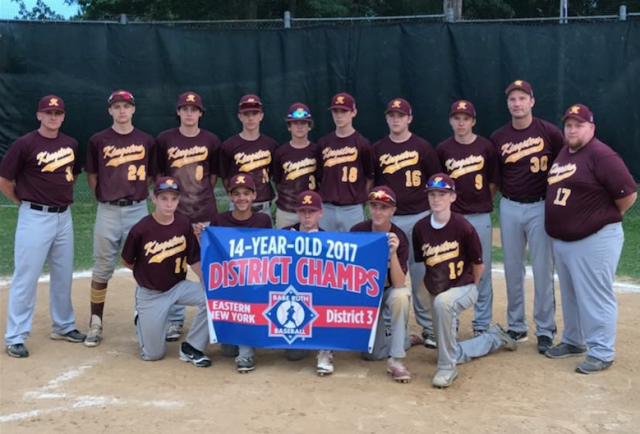 Kingston won 12-2 Wednesday, July 5th in the first of a best of three game championship series against Saugerties.  Nate Coffey pitched a solid game by striking out five (5), allowing only 3 hits and 2 runs over 4-2/3 innings.  A solid lineup of hitting included a triple by Jimmy McCardle, two doubles by Steven Freer, and base hits by Austin Wells and Nate Coffey.

Kingston followed up the win on Wednesday with a 12-6 win on Thursday to close out the series.  Kingston displayed a balanced hitting line up that included hits by seven different batters. Steven Freer was the starting pitcher for Kingston and was relieved by Austin Wells.

The State Championship tournament will be held July 13th through July 18th in Saugerties, NY.